The PUV Modernization Program (PUVMP) announced in 2017 is a comprehensive system-wide plan that aims to reform the transport sector. With the announcement of a lockdown effective March 17 due to the COVID-19 pandemic, the DOTr and LTFRB saw an opportunity to make big strides in pushing this program forward. A halt to public transportation was called, as public transportation is a vector for the spread of the virus between commuters. The agencies are using the current phased resumption of public transportation to carefully facilitate the rationalization, reopening, and modernization efforts.

The overarching goals of the PUVMP are to restructure the current public transportation system to make it more environmentally sustainable and flexible for future expansion or further modernization. It also aims to provide more reliable service for commuters and more stable livelihoods for drivers and operators.

Two methods by which the DOTr and LTFRB plan on propelling this plan are route rationalization and fleet modernization. Currently, PUVs do not strictly adhere to designated stops, thus slowing their progress along routes. To address commuter demand, more vehicles ply the routes, increasing the redundancy of the routes and potentially increasing the number of unregistered PUVs.

Route rationalization involves stricter management of the jeepney routes to avoid route redundancy and to better track the registration of PUVs. Route rationalization also aims to optimize routes based on the capacity of the modes of transport. In other words, jeepney routes are preferred to be shorter in length and serve as "feeders" into modes that can accommodate more passengers (e.g., larger buses and railway lines). Meanwhile, fleet modernization calls for the phasing out of these traditional diesel-guzzling jeepneys in favor of more efficient versions or electric modern jeepneys.

In this detailed comparison of the ground transportation system prior to and after the ECQ lockdown, the analysis excludes tricycle and UV express services as these are sparser and more irregular in service. Another limitation of this analysis is that it does not consider the time element that is important in organizing transit systems. This analysis focuses on the implementation of route rationalization — comparing and contrasting the spread of routes before and after the ECQ — and of fleet modernization — seeing which routes were previously run by traditional jeepneys but will now be serviced by buses and modern jeepneys.

According to a news article published by Rappler, before the ECQ, there were approximately 55,000 traditional jeepney units servicing the public, but only 18,000 of those are registered as of September 14 to continue serving the public. This can be clearly observed in the above image where the middle map shows the routes of traditional jeepneys prior to ECQ in light green and their current routes in dark green. The traditional jeepney that has been the king of Manila's streets since the war era is indeed being phased out. Out of the many light green routes shown on the map, the remaining traditional jeepney routes are mostly within the Manila and Pasay area and extending outwards from there.

The map on the right shows modern jeepney routes in dark yellow. Pre-ECQ data for MPUJs were excluded due to the limited availability of routable data. The post-ECQ modern jeepney routes mostly run along the edges of Metro Manila and are the areas that used to be serviced by traditional jeeps in the past. This shift in the mode of transportation from PUJs to MPUJs is a result and proof of the fleet modernization program.

The map on the left in the image above shows the bus routes pre-ECQ in light blue and the bus routes post-ECQ in dark blue. There are more bus routes in and around the Metro Manila area today than there were prior to the ECQ. It is also likely that longer traditional jeepney routes in Metro Manila from the past are now run by buses as part of the fleet modernization program.

In line with route rationalization efforts, the average length of each route in the post-ECQ transit network is much shorter for traditional jeeps. This will allow jeepney routes to be completed faster and for more trips to be conducted.  Recall that route rationalization efforts intend to optimize the various transit modes based on their passenger capacity. As jeeps have smaller capacities and are built to traverse shorter distances than buses and rail transit, they are better used as "feeder" modes that have shorter routes to and from major bus, P2P, and rail stops.

The route length data is further examined with the violin plot above. Data on the pre-ECQ system is in blue on the left, and data on the post-ECQ system is in orange on the right. The width of the data represents the number of routes of that length. Please note that the widths compare the relative number of routes within each mode of transportation and not across modes. In other words, comparisons cannot be inferred from this plot between the modes. Each histogram displays the median of the data with a wide dashed line and the 1st and 3rd quartiles with a short dashed line.

The average bus route length today is approximately half of the bus route lengths prior to the ECQ. Apart from the shift in mode from traditional jeepneys to buses, this could also be because longer bus routes that connect Metro Manila to its neighboring provinces are not yet operating to prevent the inter-provincial spread of COVID-19.

At an immediate glance from the above two images comparing the pre-ECQ and post-ECQ systems, it appears as if the current post-ECQ system is lacking coverage that previously existed before the ECQ. This is completely reasonable as the LTFRB and DOTr are currently in the middle of the resumption phase of public transportation.

The above image shows the P2P Bus routes prior to the ECQ in pink and currently after the ECQ in purple. The P2P routes today largely match the routes that existed prior to the ECQ with the route at the top of the map extending to Baguio City and the route at the bottom of the map extending until Batangas City. The greatest change between the pre-ECQ and post-ECQ P2P bus routes is that there is more coverage today in the Cavite area and in the northern part of Quezon City.

The violin plot above analyzes route length before and after the ECQ. The post-ECQ side (in orange) is slightly wider, so this implies an increase in routes of length 60 km or less. The P2P system likely expanded to absorb some routes that were previously serviced by buses.

The above map shows the train line of the PNR in red and the LRT and MRT lines in orange. These routes are the same prior to ECQ and today after the ECQ because no additional train routes were built nor opened in the past 6 months of lockdown.

The scope of this study is limited to seeing the reach of the transit network from a large-scale view, without taking into consideration other factors important to transit such as the days and times in which the routes are in service, congestion within the transit network, number of vehicle units servicing the route, and the frequency of these trips .

With the shorter route lengths and reduced stops, commuters on the ground can expect buses, traditional jeeps, and modern jeeps to move faster. Potentially, this should also lead to a quicker waiting time between available vehicles plying a route. However, this may not necessarily be the case today with COVID restrictions on transportation and less vehicles in service.

With the reduction of redundancy, commuters can expect to have to make more transfers than what may have been necessary in the Pre-ECQ system. The convenience of these transfers is undetermined with the limited view of the data available. Regardless, it should still be possible to get from one place to another if it was possible before, although due to the 4-dimensional nature of transportation, this may span many hours and possibly even more than a day.

As the resumption of public transportation is currently developing, it should be expected that the Post-ECQ map will grow more robust, increasing coverage and the number of operating routes to better service the Filipino commuters. 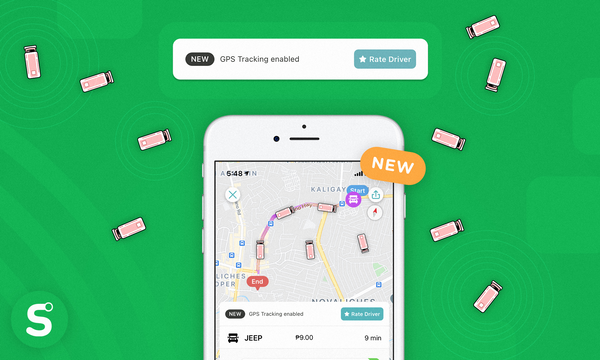 Sakay and LTFRB have come together to pioneer live location tracking of jeepneys. You can now rate and send feedback to Jeepney drivers. 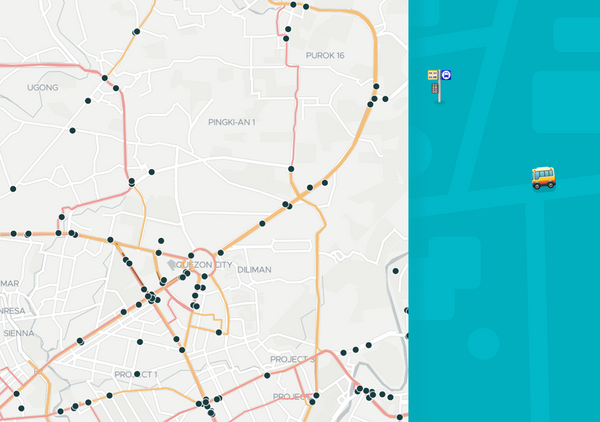 This post was written by Matthew Varona [http://linkedin.com/in/mjvar], who spent his internship with the data team building tools and diving into frontliner mobility services during the community quarantine period.

The Sakay Blog
—
2020 in Review: Changes in the Mega Manila Transit Network
Share this