Most government data in the Philippines is not easily accessible to the general public, unless someone officially requests it under the FOI Order (Executive Order No. 02). Often, one must jump through hoops and the usual bureaucratic process to access  government data. When made more accessible, the government’s geospatial data can be used in different ways like preventing disease, managing disaster risk, or locating the government facilities such as the COMELEC offices to register as a voter.

Last September 2021, in partnership with MullenLowe Treyna we launched Arturo, our campaign to encourage unregistered voters to register by helping them identify their local COMELEC offices and find the most convenient way to get there in just a few clicks.

Arturo utilized various datasets — COMELEC and OpenStreetMap (OSM) data. The initial COMELEC data provided to us only contained the raw addresses for most COMELEC offices. Aside from that, the original dataset contained other information such as contact numbers, email addresses, and official social media pages, several of which we contacted to verify details. For Metro Manila, the coordinates of the COMELEC offices were also immediately available which made it easier for us to integrate into GIS software and for web mapping.

Unfortunately, the coordinates of the offices for the provinces outside Metro Manila were lacking, and we couldn’t find any open source datasets online for validating their locations - so we decided to make our own. To address this, we used OSM data to determine the location of municipal halls (amenity=townhall and townhall:type=city/town) in Bulacan, Cavite, Laguna, Rizal, Cebu, and Davao del Sur where COMELEC offices are commonly located. Although it is important to note that not all COMELEC offices are guaranteed to be at the municipal halls, this is the case for most of them.

OSM is the largest freely and openly accessible database of geographic data globally. It is available for public consumption (under the Open Data Commons Open Database License (ODbL), as long as you attribute the data and its contributors. Volunteers can freely contribute geographic data for any location across the world. The COMELEC Offices Dataset is published under the ODbL and  open to use with proper attribution to Sakay and OSM.

But what about the areas outside Mega Manila, Cebu, and Davao del Sur?

Not all municipal offices in the Philippines are mapped on OSM, as the data is dependent on local volunteer contributions. As a placeholder, we used the OSM tag place=town/city to identify the center of the towns and cities.

The OSM data for both municipal halls and centers initially seemed incomplete at first glance, but we delved deeper and found that some of them were not properly tagged on OSM. We used external data sources such as Wikipedia, Wikimedia, and Mapillary which contain geotagged photos of the municipal halls as additional references for fixing them. We then added the appropriate tags after checking various sources so they could be more useful.

We then combined the municipal halls and centers from OSM to the COMELEC dataset to generate a centralized geospatial dataset of the COMELEC offices. The post-processing of the data didn’t end here as some of the municipal names from the initial dataset weren’t matching with the municipal boundaries we used for the QGIS spatial join. We used municipal boundaries from NAMRIA and PSA to easily perform joins between the datasets. A spatial join is a type of join table operation that appends data from one feature to another feature based on their relative spatial locations. From that, we did additional clean-ups to ensure that everything was matching so merging the datasets would be seamless.

The availability of COMELEC dataset opens up many possibilities for data analysis and visualization, the Arturo campaign being just one demonstration. If you want to check out the data, it can be downloaded here from GitHub, in CSV and GeoJSON format.

You can also notice from the dataset that the COMELEC offices in Antique, Oriental Mindoro, and some municipalities in Palawan (Puerto Princesa), Quirino (Aglipay), and Zamboanga Sibugay (Roseller Lim) are not available as these weren’t part of the initial dataset; these would be great next steps for improving this dataset!

You can help us improve the COMELEC Office dataset by contributing directly to OpenStreetMap and our commute directions by sending us a message at contact@sakay.ph. 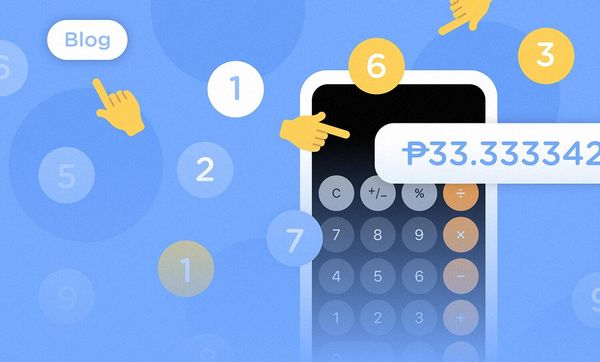 Let’s compute how three friends will split a restaurant bill, including VAT and Service Charge. 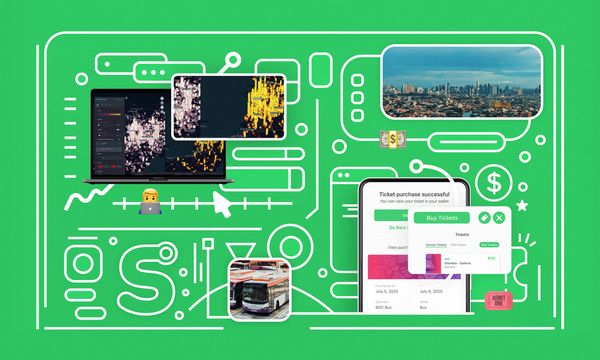 Sakay is most known as the app providing the best commuting directions in Metro Manila. Since our launch, we've helped commuters get around by filling information gaps in the megacity’s chaotic transport